Selling The Big One (your first novel) : The Canadian Version

First published in Montreal in Hour or Mirror long enough ago (circa 1999) that it has slipped off the bottom end of my CV. Anyhow, for you all trying to sell (find a resting place for) your first novel, here is my tale of woe, writ wry: Selling The Big One. The novel became Eva's Threepenny Theatre (Gaspereau, 2008). Apologies to Grain and Cormorant (I was young).

I finished my novel over two years ago.  After six drafts, it weighed in at one-hundred and seventy-two thousand type characters in all, including commas, colons, and periods.  A fly-weight.  I called the lug, Eva And Her Brother.

The setting is pre-war, post-war Germany.  A story about a young actress dragged through the theatrics of time and place.  Funny, sad, tragic, triumphant.  It has it all.

Then how come I can’t convince the jury?

More difficult than writing a novel is pawning it off on a publishing house.  Finding a home for the thing.  A maison, as the French put it.  The problem is not that so few books are published, but that yours probably won’t be.

Some say you need only to persist, that the difference between a published writer and a writer-turned-into-something-else, like a computer programmer, is merely stamina.  Robert M. Pirsig’s widely read philosophical odyssey, Zen and the Art of Motorcycle Maintenance, was shot down 120 times by publishers before going to press.  That’s perseverance.  And so the myth develops: persevere and thy shall inherit a Pulitzer Prize. 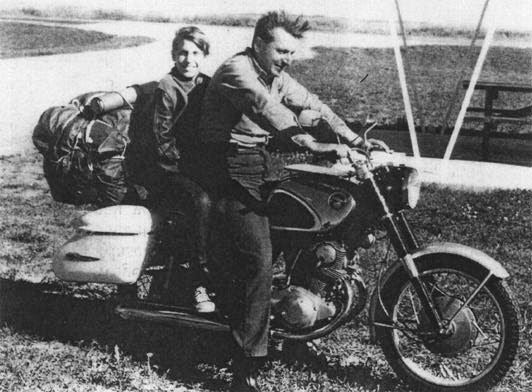 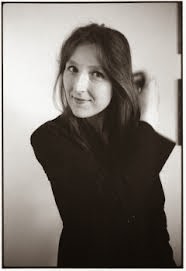 Others speculate that success is a function of sheer luck, chance, coincidence.  That there is no god, no method, no meaning, all you need is a certain je ne sais quoi.  Like French novelist Marie Darrieussecq whose debut novel, Pig Tales, sold to a publisher in under 24 hours, unsolicited.  This novel, about a prostitute who grows teats, gives birth to stillborn piglets, is sodomized, abused with dogs and nearly eaten, sold over 250 000 hardback copies and ran for over 28 weeks on the bestseller list.  In France, you say.  Yes, but still.

Last winter, I set out to sell my own novel, Eva and Her Brother.   There are many dead-ends to follow.   Here is a list of just a few.

False hope/strategy #1.  The friend of a friend who “knows somebody”.

My friend in the UK gave two chapters of Eva to a reader at Faber & Faber.  The junior liked it and passed it on to a senior editor.  He liked it too.  They asked for more.

Last I heard, junior and senior were sacked.  Let go because “their” books weren’t selling.  Defer that dream.

False hope/strategy #2.  A good Samaritan is moving to NYC to get into publishing.

She loves my story and wants to paint the town with it.  I e-mail a copy to her account.  She can’t unzip my file.  Stop right there.

False hope/strategy #3.  A Harvard Professor requests a copy.  Met him at the marriage of my UK friend.  He came across an early draft in London and “quite liked my voice”.

I e-mail, he unzips, and takes a peak through Windows.  It’s a high-tech striptease.  Promises are made.  But late semester term paper correcting will keep him busy into summer.  And the whole next six months, from what I can gather.

Cormorant Press, Ontario.  It has a rural route address.  I send the first fifty pages as per guidelines.  A six month wait.  What are they doing out there, rotating crops?  No communication.  Then I get the letter.  Not suited for us, good luck, try elsewhere.

Time to get serious.  So I pick up some literature on how to sell literature.  Market guides.  That stuff sells.  One each for Canada, the US, and the UK.

I do research, build a database, buy bond paper, envelopes, stamps.  Then I write a cover letter, an elegant synopsis, and assemble sample material.

False hope/strategy #5.  Aim big, you got nothing to lose.  Use the buck-shot approach.  Hit ‘em all and see who falls down.  40 maisons.  Alfred A. Knopf.  McClelland & Stewart.  Granta.  Jonathan Cape.  HarperCollins.  Viking.  Penguin.  All the majors.

Rejections come fast and furious.  I’m overwhelmed.  But at least I’m getting mail.

Some rejections include a personal touch.  One Dr. Philipp Blom, editor of Harvill Press, thinks I’m “vivid and touching”, but Harvill isn’t “taking on any new fiction at the moment”.

Then what are they doing, if not accepting fiction?  Taking on circus acts?

Other houses are plain boring.  Macmillan condescends, using the popular line, “you might find THE WRITER’S HANDBOOK useful”.

The problem with the majors is half of them won’t accept unsolicited material in the first place, and I’m nothing if not unsolicited.  While the other half will only deal with “agented” writers, read: fixed or neutered artists.

That leads me to false hope/strategy #6.  I need an agent. A champion.  A Don King.  Sure.  Wake up Balzac, that’s been your problem all along.

Another day, another mail-out.  I launch my packages from the Zoubris Papeterie on Park Avenue.  Overnight, I hit London, Toronto, San Francisco, and NYC.  One, two, three weeks pass.  Then a squadron of self-addressed stamped envelopes land in my mailbox.

No agent will represent me.  Eva is flawed.  I need more dialogue.  Add characters, preaches another.  Perhaps water, and eggs, too.  At this rate, I need another part-time job to afford another offensive.  And I need a psychiatrist to put Humpty Dumpty  back together again.

I get counselling from friends.

Be more aggressive, they say.  Do-it-yourself.  Self-publish.  No, I say.  You don’t understand.  There are no Fugazzis or Ani Difrancos of the novel. 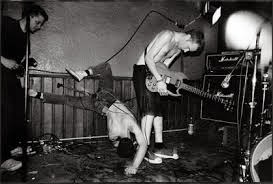 Send to literary magazines, build a portfolio from the bottom up!  I know that scene, friends.  Mail out , wait eight weeks, and receive an acknowledgement of reception along with a subscription coupon.  That’s the killer.  As they hold your first born for ransom, they hint that you should subscribe.  It’s a good market strategy on their part.  Because who else but a desperate poet or prose writer would hook up with a magazine from Regina, called Grain, with a quarterly circulation of 2,000?

Then, there are those friends who really care about you, who encourage you to do something crazy to get attention.  But I’m an author, not a stunt artist.  I don’t want to hunger strike under the desk of the editor of The Paris Review. 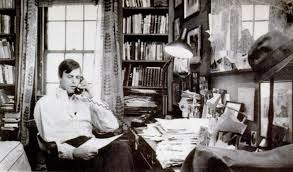 That would be George Plimpton’s desk.

To demonstrate against the injustice of the publishing machine, I stop reading “other people”.  I read only Le petit cahier des sports in La Presse.

I can’t suffer anymore Proust or Proulx.  Those rats.  What do they have that I don’t?

Talent, maybe.  But I’m a writer.  I don’t need talent.  To survive every writer makes an inductive leap early in their career.  Despite critics, they assume they’re great, good, or a great good to society.  They lord a moral tenure over the talent scouts.

Unpublished writers amount to great pretenders, their self-actualisation depends on print.  The ultimate responsibility of these writers is the manufacturing of the belief that he or she is a writer, which, in many cases, amounts to a considerable work of the imagination – a powerful fiction, in of itself.  Every day that these writers sit down to work, they are in essence composing parallel fictions: one they write, and one that they live.  Sometimes the writer’s life is the better story, and biography eclipses any narrative  committed to paper.

As for me, I need a break, that’s all.  In the meantime, my ego defences are holding the fortress.

By chance I pick up Funny Boy by Shyam Selvadurai, the latest offering from that group I call the Sri Lankan mafia.  In the credits, I read that the front cover photo was snapped by Michael Ondaatje.

I’m miffed.  That confirms everything.  It’s a clique.  To get in you have to know somebody.  Can I get Martin Amis to do my cover?  No chance.

The worst of it is I’m a Canadian writer.  Face it, there are only so many seats around the CanLit table.  And Anne Michaels just fit in with Fugitive Pieces.  I figure she nabbed Robertson Davies’ seat.

False hope/strategy #7.  Spot someone famous.  Roll up your novel and stuff it through their navel.

Lucky me, last summer, I spotted Mordechai Richler twice in a matter of days. 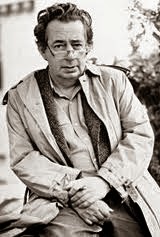 The second time, he was loading groceries into a green Jaguar, on the corner of Green and de Maisonneuve.  He had come down the mountain, so I figured he was fair game.

When Richler left his car to descend into that den of breast-feeding moms, otherwise known as Westmount Square, I pushed my 20 month old daughter down two doors and bought pen and paper in the pharmacy.

Sitting outside Jean Coutu, my Sonya sucked her purple freezy, and I addressed a short note to the Absolut poster-boy.

Mr. Richler, I wrote, would you consider reading the first chapters of my novel?  Then I added, sorry for these guerrilla tactics.  And that’s it.  Short.  Sweet.  Name.  Telephone number.

I tucked it under the windshield and ran for cover.

I never got the call.  He probably torched my number in an ashtray, in a Crescent Street bar.  Oh well.  I think I’ll escape this race and buy some land like Duddy did.

But that’s another story altogether.  A version of which I’ll have to sell to Sonya’s mother.

Posted by Andrew Steinmetz at 8:57 PM

amazingescape is an escape game attraction located in the heart of Atlanta. Our escape games are real life rooms designed for those looking for great thrill.